Queer Subtext: Is the implicit meaning of the text. This is where Queer identity is hinted at but not outright stated. An example of this is actually The Little Mermaid (yes, really). The Disney classic is based off the fairy tale by Hans Christian Anderson whom was bisexual, he was motivated to write it after his male lover married a woman. However, because he couldn’t openly write about his feelings for another man, he hid it behind a metaphor of a mermaid falling in love with a human prince.

Queer Coding: This is where a fictional group of people are given traits that are associated with a real-life demographic. An example of this is in regard to LGBT+ people is actually Ursula from the Little Mermaid. Yes, really. She is based off a Drag Queen called, Divine. Her body language, voice and behaviour are all from a Drag Queen. Divine was actually meant to voie her as well but tragically she died of AIDs before she could do so.

Queer Reading: Is where the Queer elements where not intended by the author but ended up there anyhow. An example of a Queer Reading comes again from the Little Mermaid, the Disney film has been read as a metaphor for being transgender. The whole film is about a girl whom wishes to alter her body and soical identity. From that of a mermaid to a human girl.  Disney films are actually a lot more gay then people first assume they are.

To read more about this follow this link ( https://www.themarysue.com/little-mermaid-queer-subtext/). But for this post, I am going to be taking about Black Butler and how it’s characters are coded as Queer, the subtext in the story is actually rather full of it. If you are not up to date with the manga and haven’t seen the anime, then fair warning: Spoilers are ahead although pretty big ones at that. Also, trigger warning: the manga and anime do contain the subjects of murder, death, rape and sexual abuse (including that of children). If you’re not comfortable with that then don’t read further. With that out of the way then let’s begin.

Black Butler: An anime and manga set during the Victorian Era

I love the Victorian era, it’s politics, literature and history are fascinating producing a whole field of art that continues to inspire writers to this day. One these writers is Yana Toboso is one of these writers and her series black butler is fascinating for many reasons. Victorian Literature is actually full of Queer Subtext, Coding and Reading because during those times it was the only way to write about such things. Examples of this include, Carmillia (a female vampire whom preyed on young women) and Jekyll & Hyde (living a double life, one as an upstanding citzen, other as a sinner). Both of these books are what is called Gothic Literature and is usually a subgenre of Horror.

The characters of Black butler including it’s protagonists, who would be the villains in any other story, play with these concepts. The other characters that play with these concepts include Madam Red, Grell Sutcliffe, Elizabeth Midford, Doll, Alois Trancey and many more. To cover all these characters would be like writing a book on the matter. So, I am going to limit myself to four for this post, Ceil, Sebastian, Madam Red and Grell. These characters are rather prominent in the manga and anime, also the former two and the latter two work as teams. So, I think it is best to start with them and see where I end up.

Ciel and Sebstaion do not at first glance seem as though they have any Queer element to them. But further insepecation reveals otherwise. The Earl and his faithful dog actually have plenty of subtext and coding to them. Sebstaion’s and Ciel’s relationship (for lack of a better word) is not a healthy one. Sebstaion is a demon and once his contract is forfilled with Ciel intends to eat his soul. Such a contract is often layered with sexual undertones.  In fact the dymanic between these two characters can actually be read as that of a Seme and a Uke from a Yoai manga. They certainly look the part, with Sebstaion as the masculine Seme and Ciel. Not conivinced? Well Yana Toboso was a writer of Yoai manga before she wrote Black Butler, while she has stated that BB isn’t intended as a Yoai manga, one can certainly see the influence. Naturally this would make anyone uncomfortable as Ciel is only a child. However, I think this the point, Sebstaion is a demon and in any other story he would be the villain. The fact he is coded as a child predator shouldn’t really be too much of a surprise. 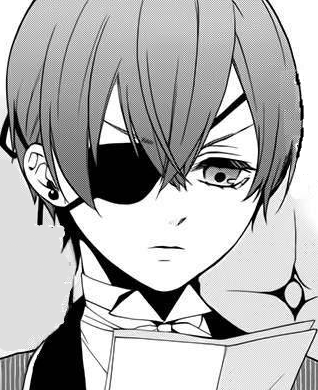 Like his Butler Ciel Phantomhive would be a villain in any other story. Even without Sebstaion he does plenty of things that play with the conventions of gender and sexuality whtin a Victorain setting. In both the anime and the manga Ciel disguises himself as nurmous different people, as a young girl (twice), a circus performer and kind student. While he isn’t much of fighter (although he is a good marksman), he can maniplute anyone, he is a skilled at lying and acting. Even being an Earl is that of a role he plays as he is not the real Ciel Phantomhive but rather his younger twin. Our Earl’s real name has yet to be revealed. The young Earl is a perfect example of the many masks a person can wear to achieve their own ends. There is an elements of Queer identity to this with him, being able to shift between these many different identities (including ones that are female). I am not saying Ciel is LGBT+ but rather that he plays with the concept of gender and identity with talent and practice.

Sebstaion Michaelis shares many similarities with his master in this regard. Like Ciel is skilled at lying and acting. He manipulates, seduces and coerces people into doing what he wants. Unlike Ciel, he can also fight. As a Butler his weapon of choice is usually siliver wear. While he does not dress as a woman like Ciel does he still plays with many different identities from a Circus performer to a school teacher to a doctor. However, his true form is very different. In that form he wears high heeled shoes, has long hair, sharp teeth and red eyes. In Gothic literature the Supernatural is also associated with sexuality and gender (something that the Victorains had a large amount of axienty around). The opening of chapter 137 states that the Demon is ‘nothing and therefore can become anything.’ Sebstaion is a shapeshifter, even more so then his master, able to take any form he may choose.

Unlike Ciel, Madam Red is a secondary character whom dies early into the Manga, during the second arc known as the Red Butler/Jack the Ripper Arc. They work as a team, both forming one half of one of the most infamous serial killers in history: Jack, the Ripper. This person was never caught, to this day it is unknown whom they were. Everything from their gender to their motives is competly unknown. Many ideas have been suggested but none have been universally accepted. In Black Butler, Madam Red and her supernatural Butler are Jack the Ripper. Between the two of them they murder countless innocent sex workers on the streets of London, both motivated by envy due to the fact that they cannot have children. Madam Red due to an accident that killed her unborn child and Grell due to their biological sex. Both are blood thirsty, ruthless and enjoy their work.

Madam Red (real name Angela Dallas) plays with gender in her own way. Historically speaking the idea of female doctor providing legal abortions in Victorian England would never have happened. But historical inaccurancy aside I do love Madam Red and wish she had played a larger part in the story. At first glance, she seems to be loving and kind maternal figure to Ciel. However when the truth is revealed she is actually a villainess and terrifying one at that. This plays very much with the Victorian Ideals of womanhood. The perfect Victorian woman was the kind, asexual maternal figure. The fallen woman on the other hand was sexual, a danger to both children and other women. Madam Red was both of those things, her desires to be a mother, a wife and kind all eventually turned her into a serial murderer whom took the lives of countless women. She meets her end in which we learn about the Phantomhive past. I wish she could filled a greater role in the Manga, hopefully she will at some point. Through flashbacks or else as a Ghost or Bizzare Doll. Someone call Undertaker that needs to happen. 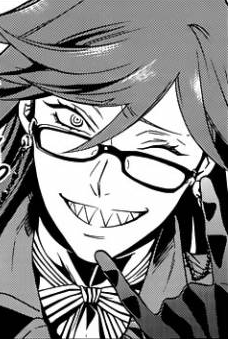 Out of all the characters here Grell is perhaps the one most Queer-Coded, they are something of a problematic favourite of mine. Grell’s gender identity and sexual orentation are things that are not made clear in the manga itself. They refer to themselves with ‘she’ ‘girl’ and ‘lady’ but everyone else around them uses male pronouns and calls them a man. Grell does not an attachment to Madam Red that seems romantic but also openly lusts after men such as Willaim and Sebstaion. While Toboso has confirmed on Twitter that Grelle is indeed intended as a trans woman, they are more a case of a heavily coded villain rather then an actual trans person. Others see her as an Okama-‘a man with the heart of a woman.’ Grell seems to be this confusing mix of a trans woman and an effimate gay man. There is even an entrance over on TV Tropes about this called ‘Trans equals Gay.’ Grell is also a murderer, they kill their partner Madam Red in a fit of rage. Grell is the most overt case of playing with gender in the Manga, they are Supernatural, coded as Queer, as if she literally stepped right out of Victorian Literature and straight into a Japanese Comic Seris. (That probably is what actually happened though.)

I’m saying that Black Butler is somehow secretly a great source of LGBT+ representation, rather that is strange mixture of Japanese Culture and Victorian Literature blending into one. The Victorians were very fixated on keeping in appearance, as a result their literature is full of coding, subtext and reading. Anime and manga is often full of these things as well. Black Butler has many of these things going on, perhaps more so then most other anime because of the Victorian influence and setting. I think that is one of the reasons why it is something of a problemetic favourite of mine.

Authors Note: I used ‘they’ as a singular pronoun for Grell because of their ambigous nature. Yes, I can do that and it is grammatically correct. (I have an English Degree don’t fight me on this). 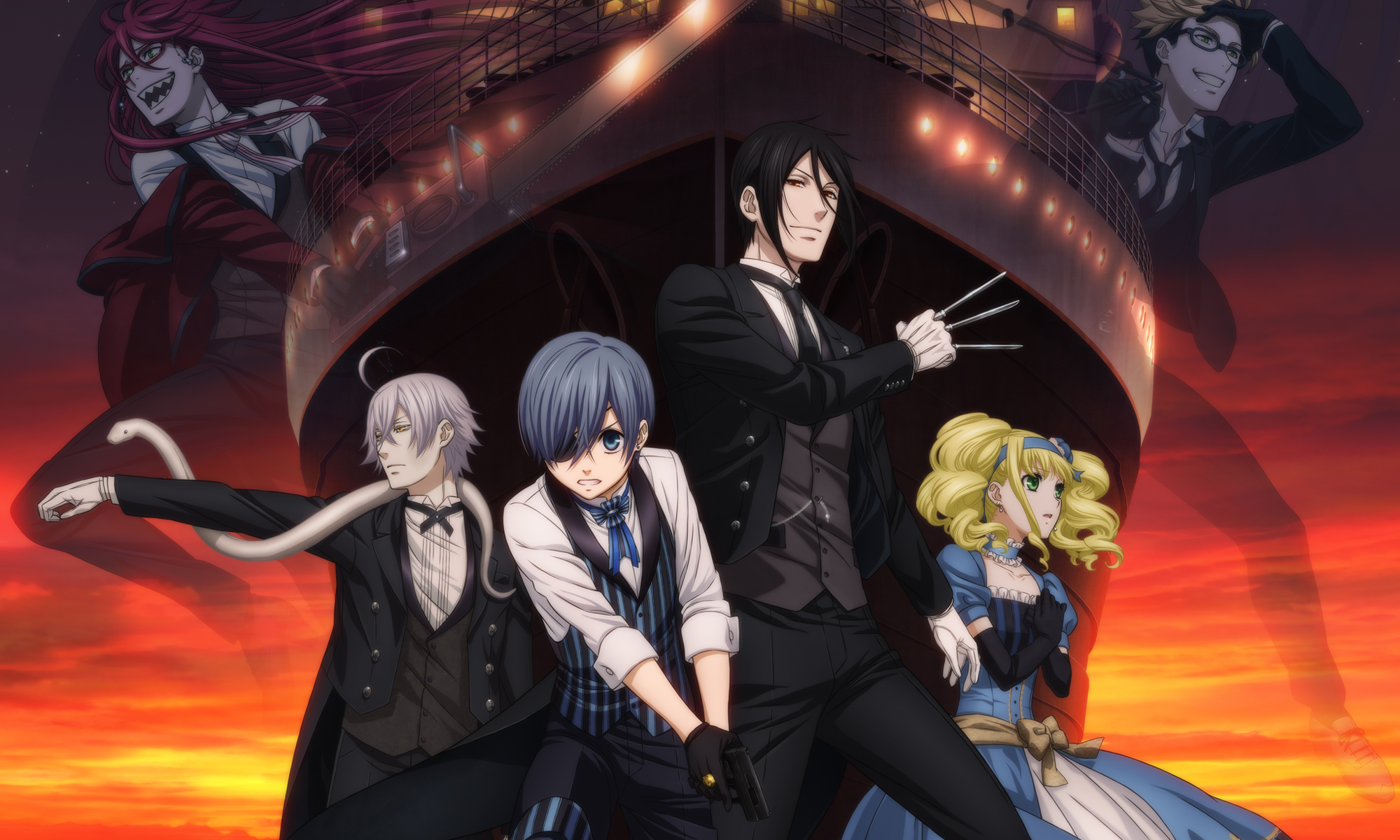 2 thoughts on “Queer Coding, Subtext and Reading in Black Butler”